Environmental disclosure: from transparency to transformation

Our vision, then and now, was for a thriving economy that works for people and planet in the long term.

To achieve that vision, it became our mission to transform the way companies, cities and investors think about environmental issues like climate change, water scarcity and deforestation.

It was apparent that there was a real lack of information about how business was impacting the environment and the risks of a changing climate and dwindling resources to the global economy. The status quo was unbridled growth with little thought for the environmental consequences. Moreover, many companies and investors simply didn’t see climate change as a material risk to their profits and operations.

Before anything could change, there was a need for information. Only by measuring and understanding their environmental impact was it possible for investors, companies and cities to take action to start building a truly sustainable economy. So the concept of environmental disclosure was born.

Starting out in a dingy, windowless basement on the edge of London’s financial district, we established the first system to shed a light on how companies around the world were responding to climate change. In 2002, we gathered a group of 35 climate-conscious investors who signed our very first climate change questionnaire to 500 of the world’s largest companies. That year, 245 of them responded.

Over the years that followed, we’ve seen momentum build, bringing disclosure into the mainstream. Today nearly 6,000 of the world’s largest companies, representing some 60% of global market value, disclose information on climate change, water and deforestation through CDP.

Environmental issues are now a mainstream concern for investors. Over 800 of them, controlling assets worth US$100 trillion, signed our annual disclosure request this year. Companies too are seeking to track and manage their exposure to environmental risk, with 100 big buyers shining the spotlight of disclosure onto their own supply chains.

Environmental action has never been more vital, nor urgent. Science demands that greenhouse gas emissions must peak around 2020 in order to avoid catastrophic disruption. Global governments have pledged to take action: over 150 countries have signed up to the landmark Paris Agreement on climate change, committing to reduce emissions in line with what’s needed to avoid dangerous climate change. The UN’s Sustainable Development Goals – which have climate action, sustainable cities and clean energy at their very heart – cement these issues right at the top of the international agenda.

However, with political instability and multiple demands for public policy attention - from unemployment to terrorism - there is a risk of a decline in international cooperation on global problems. Companies, investors and cities have a vital role to play in keeping up momentum. Corporations are responsible for close to 70% of global emissions, and cities house over half of the world population. Working alongside governments, they have the power to make or break global efforts to secure a low-carbon, water-secure future.

Race to the top

With transparency as the foundation, we are seeing unprecedented action. Some 300 companies, including Dell, Sony and Tesco, have committed to set emissions reduction targets in line with climate science. They are getting well ahead of the curve in preparing themselves for the changes ahead, setting out a clear pathway to future-proof growth and positioning themselves to capitalize on the opportunities that await.

In cities around the world we have seen engagement on climate issues snowball, with a 10-fold rise in cities disclosing to CDP over the last six years. That’s in addition to a near 20-fold increase in the number of climate actions taken by cities over six years of CDP data requests.

Companies and cities are reaping the benefits of their action. Last year, companies disclosing to CDP reported cost savings of US$12.4 billion while reducing emissions equivalent to the size of France’s annual carbon footprint. And in a historic shift, we identified the companies proving that revenue and emissions don’t have to go hand in hand. In fact, the 62 companies that achieved this decoupling enjoyed an average 29% increase in revenues, compared to a fall of 6% for the others.

As for cities, they have eyed more than 1,000 economic opportunities from climate action, with hundreds of cities looking to develop new industries and jobs linked to the green economy. 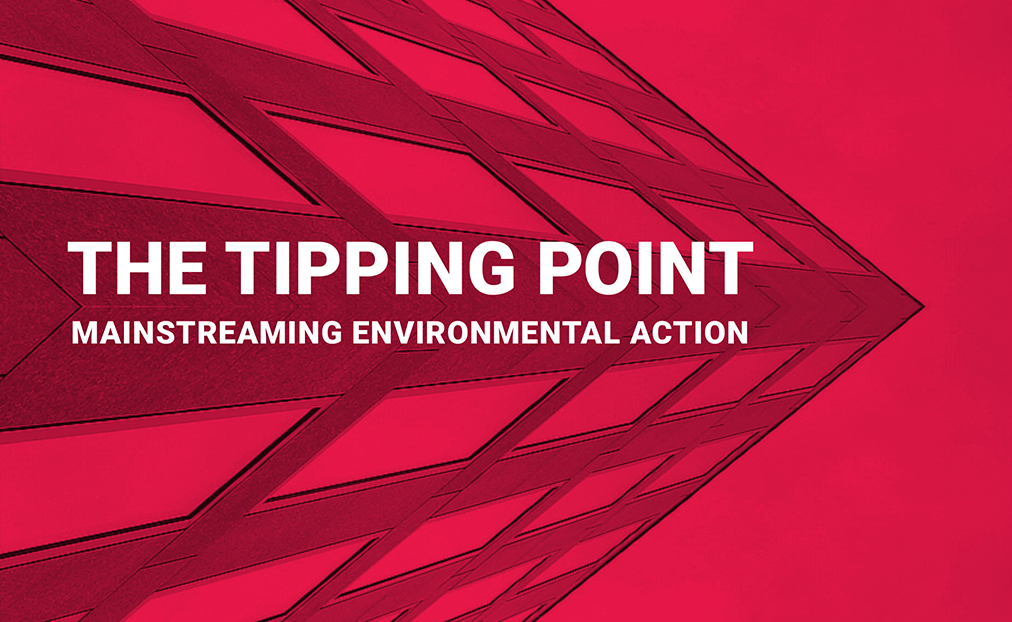 As more and more companies, cities, states and regions increasingly recognize the benefits of acting, and the risks of continuing business as usual, we are getting ever closer to a tipping point that will mainstream environmental action.

There’s only one direction of travel – and that’s forward. But how do we get onto the home straight?

First, environmental concerns need to underpin every decision that companies, cities and investors make. Considerations around climate impact, water management and deforestation belong squarely in the boardroom of every major corporation in the world, and in every town hall and governor’s office. Already the tides are changing on climate governance, with the recommendations of the Financial Stability Board’s Task Force on Climate-related Financial Disclosures ensuring that climate information is integrated into mainstream financial reports. We welcome the recommendations and have committed to adopt them in their entirety in our sector-based questionnaires for the 2018 disclosure period.

The transition to a sustainable economy will also require the movement of large amounts of financial capital toward low-carbon, less water-intensive investments. Trillions of dollars of investment are waiting to be unlocked, but this cannot be done without the right information. CDP data is already powering new financial products including the STOXX Low Carbon Indices and the New York State Common Retirement Fund’s low carbon index created by Goldman Sachs, which is doubling in size from US$2 billion to US$4 billion. With CDP’s recent launch of Climetrics, the world’s first climate impact rating for investment funds, investors are more empowered than ever to act.

Next, companies and cities need the tools for change, to enable faster and more ambitious action, and to manage the risks and capitalize on the opportunities that await. Ground-breaking new initiatives like science-based targets, sector-specific climate assessments and carbon pricing toolkits will help companies and cities to plan for a sustainable future. Collaboration - between investors and companies, city authorities and local businesses, and corporations and their suppliers – will also be key to unlocking opportunities and building resilience.

The world is undergoing a fundamental shift, and it’s one that we can’t afford to get wrong. As we track the global economy’s progress toward a low-carbon, water-secure world, and provide the tools for change, CDP will be fast-evolving too. Whether that’s through increased focus on India and China to make disclosure the norm in those regions, or upgrading our disclosure platform to lead the next generation of more targeted disclosure.

We are inspired by the growing momentum behind environmental action, and dedicated to transforming the pace and scale of the global transition. CDP’s vision – that of a thriving economy that works for people and planet in the long term – is well within reach. We’re confident that together, we can tip the balance and set the ball rolling towards a sustainable, prosperous future.

CDP’s Strategic Plan 2017-2020
The Tipping Point: Mainstreaming Environmental Action. Discover how, over the next 3 years, CDP plans to transform the pace and scale of our transition ...
We use cookies to improve your experience on our site. By continuing to use our site you accept our use of cookies. Please see our Cookie Policy and Privacy Policy for details.