Home > Out of the starting blocks: Tracking progress on corporate climate action report

Out of the starting blocks
Read the first global report showing: the current state of play for corporate action on climate change; how prepared companies are for the low-carbon transition; and which companies are already starting to reap the benefits.
Download the report 7MB
2 hour read

Out of the starting blocks
Tracking progress on corporate climate action

The low-carbon revolution is upon us and the way we do business has transformed forever. Are companies ready for the momentous changes ahead?

This report sets the baseline for corporate climate action following the Paris Agreement, ratified at unprecedented speed by the world’s biggest emitting countries. It is a benchmark for companies’ progress in the transition to a low carbon world and for tracking their progress in the years to come.

Discover if companies are ready for the inevitable shift to a below-2-degree world. Find out who is leading the way, gaining a competitive advantage from reducing their emissions, and who is falling dangerously behind.

1,089
companies who disclosed data to CDP are included in this report
Their progress on climate action will be tracked in future against this year’s baseline.
12%
of global GHG emissions are represented by these companies
Presenting real potential for significantly reducing global emissions if meaningful action is taken.
1Gt
if companies meet their targets
The same as the emissions produced by 291 coal fired power-plants in a year. However, this is only 25% of necessary reductions to meet below-2°C goals.
The Business Case for Climate Action

For the last four years, Philips has been recognized by CDP for its integrated climate change strategy ... Achieving these ambitions has required a new way of doing business – one that moves away from the traditional way of working ... We must continue to innovate and build on the momentum we’ve achieved.
Frans van Houten, CEO, Royal Philips

See transition as an opportunity, rather than a restriction.

Companies tackling climate change will be more attractive to investors, capitalize on new business opportunities and revenue streams, and build resilience for the future. New regulations and policies resulting from the Paris Agreement will mean a change in business practices is inevitable and those able to adapt will thrive. Fundamental changes to the way we do business can result in significant emissions reductions without any negative impact on revenue - in fact, it can mean quite the opposite.

Over a five-year period, 62 companies in our sample have succeeded in decreasing emissions whilst also increasing revenue. This highlights the opportunity for innovative companies to turn the challenge of emissions reduction from risk management to business success.

Host Hotels & Resorts Inc. The US real estate company saw revenue growth of 22% over five years alongside a 23% drop in emissions, with overall emissions intensity falling by 37%. The company has a science based target in place to reduce its scope 1 and 2 emissions on an emissions per square foot basis 28% by 2020 from a 2008 base-year

Other notable companies revealing that the low-carbon transition can bring high returns are SSE, SCA and Wipro.

CLP is another company that has recognized the importance of gearing up to go low-carbon. They are taking action to ensure they don't risk being left behind in a changing business climate.

Richard Lancaster, chief executive of CLP Holdings, explains how the company is taking serious steps to address business practices in the light of the climate crisis, with the aim of lowering its carbon intensity by 75% (from 2007 levels) by 2050.


“Our approach is to reduce the carbon intensity of our business progressively over time and at a pace that’s consistent with the objective of stabilizing global temperature. We aim to work towards a target and at a pace that the consensus of scientific opinion determines is right ...

With the Paris Agreement on the way to ratification, coupled with the renewed effort going into the science of temperature stabilization, this is a good time for us to review our targets and our technology roadmap ... If you’re embracing change, if you’re adapting your business with it, you should be in a good position to find new business opportunities."

85% of the 1089 companies that disclosed data for this report have already set targets for emissions reduction. This is a significant improvement on previous years.


In this report we have recorded existing targets and analysed their potential impact in helping to limit global warming to 2℃. Over the next five years, we will continue to track these companies to see how they perform and whether any further targets are made.

Unambitious targets or unrealistic plans for meeting them could mean that future progress will fall short.

Whilst current targets may not be on track to meet future goals, given that this data mostly predates the Paris Agreement, we can hopefully expect significant steps towards meaningful action in subsequent years.

For companies considering the transition to a low-carbon economy, long-term targets are the compass they should be using. Targets help companies understand where they are, can guide them to their destination, and check they are on-course during the journey.

For this reason, it is important that targets should be set with the ultimate destination in mind - that of limiting global warming to 1.5°C-2°C.

Current targets set by disclosing companies are still only 25% of the way to meeting necessary emissions reductions.

Will the Paris Agreement help companies step up and close this gap?

However, this is only about one quarter of the 4,145 MtCO2e of reductions that this group of companies would need to achieve in order to be in line with a 2°C-compatible pathway. So despite this improvement, efforts are still insufficient.

As existing commitments by the business sector were made before the Paris Agreement, goalposts will be shifting dramatically. As companies factor in the implications of the Paris deal we would hope to see a greater shift to longer-term, more science-based targets in future years. 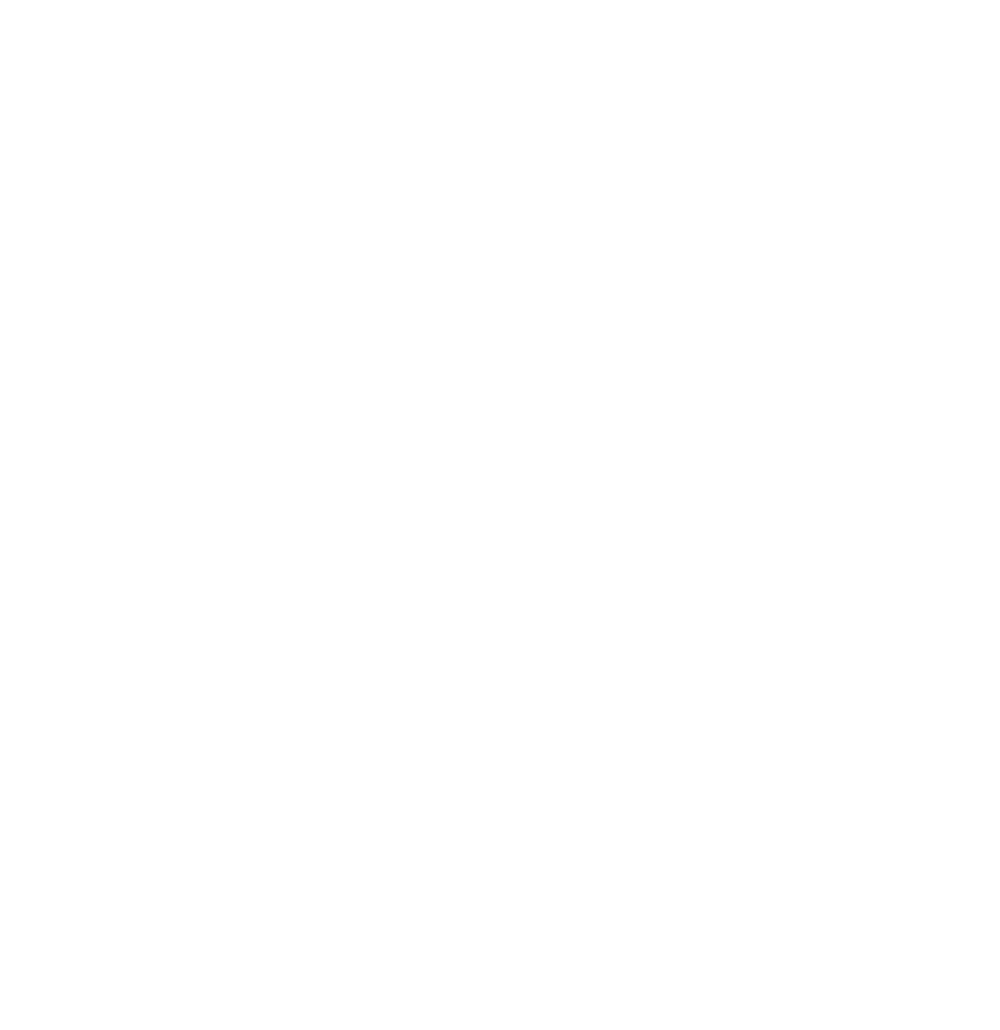 The choice facing companies and investors has never been clearer: seize the opportunities of a carbon-constrained world and lead the way in shaping our transition to a sustainable economy; or continue business as usual and face serious risks.
Paul Simpson, CEO, CDP

How can companies close the gap and move more assertively towards the destination of a below-2-degree world?

Emissions reductions are often talked about at the country level, and national governments will obviously lead with policy changes and regulation. However, companies are among the biggest emitters and they can move much faster than governments, meaning they are in a better position to start acting and implementing change.

Increasing ambitions and long-term planning for target-setting is of course key to start closing this gap. In this annual report, CDP will be monitoring the adoption of targets based on the most up-to-date climate science (“science based targets”) alongside levels of engagement with other primary tools and initiatives available for companies to step up their emissions reductions, such as the use of internal carbon pricing, and renewable energy production and consumption.

Whilst there’s still some way to go in order to bring goals and actions in line with the Paris Agreement, many companies are already taking meaningful action with many more expected to join them in the coming years.

Explore insight from CDP offices around the world 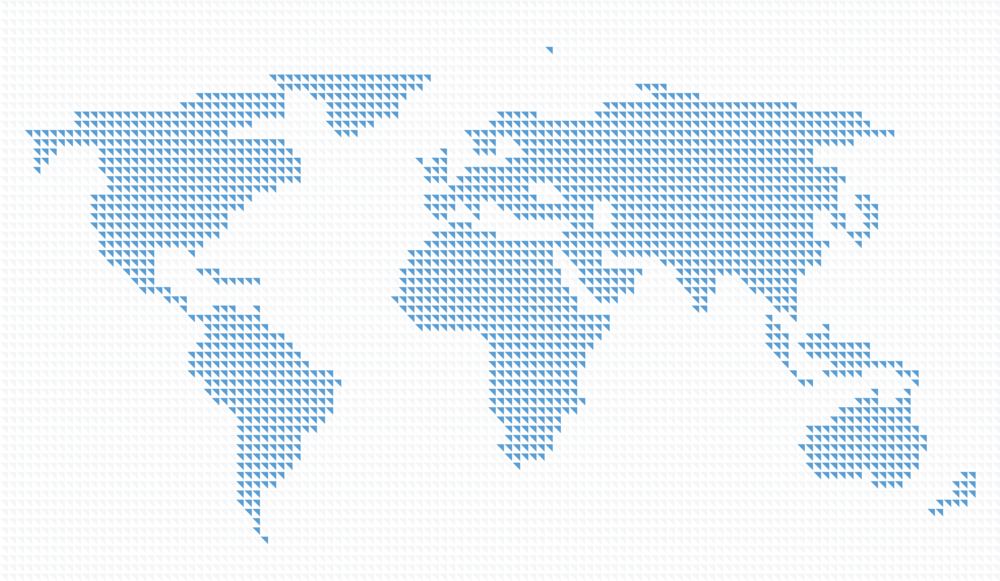 Alongside the report, CDP is also launching its 2016 Climate A List which comprises those companies identified as A grade for their actions in mitigating climate change. Following an independent assessment against CDP’s scoring methodology, 193 companies have made the list.

Some notable names that feature on CDP's A List include:

See CDP’s full A List for other leading companies.

Disclosure has never been more important

Meaningful action starts with transparency. However, this benchmark report reveals that a number of companies aren’t engaging even with this critical first step of disclosure. CDP will track the 700+ companies that did not respond to its investor-backed disclosure request to see how many begin to take the first steps towards a sustainable future over the coming years.


The three largest companies by market capitalisation that did not respond to CDP’s request for information are:

These case studies are collaborative content supported by the companies featured. 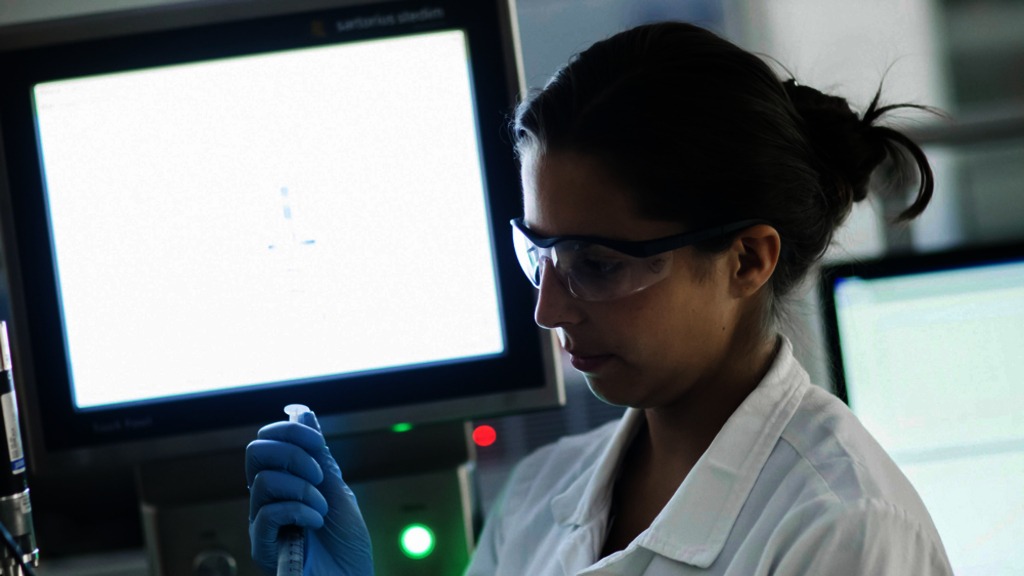 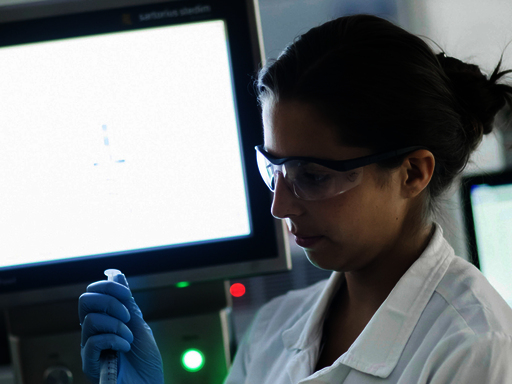 Case study: Braskem
Braskem aims to be among the best large chemical companies in the world in terms of GHG emissions intensity.
Case study 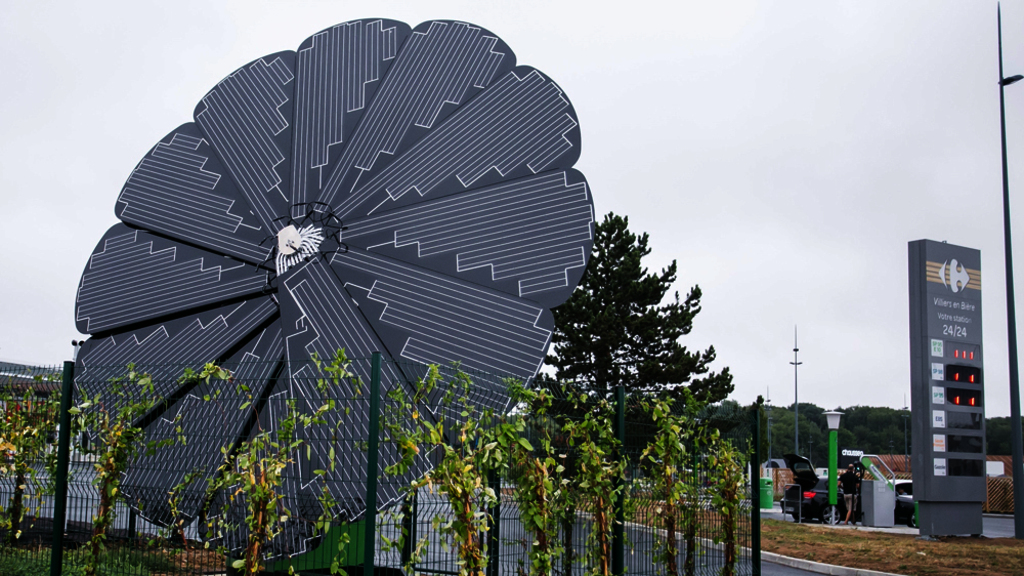 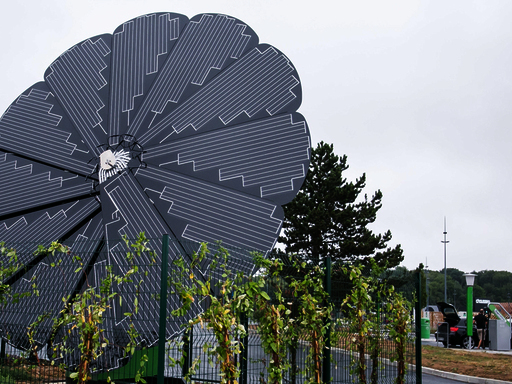 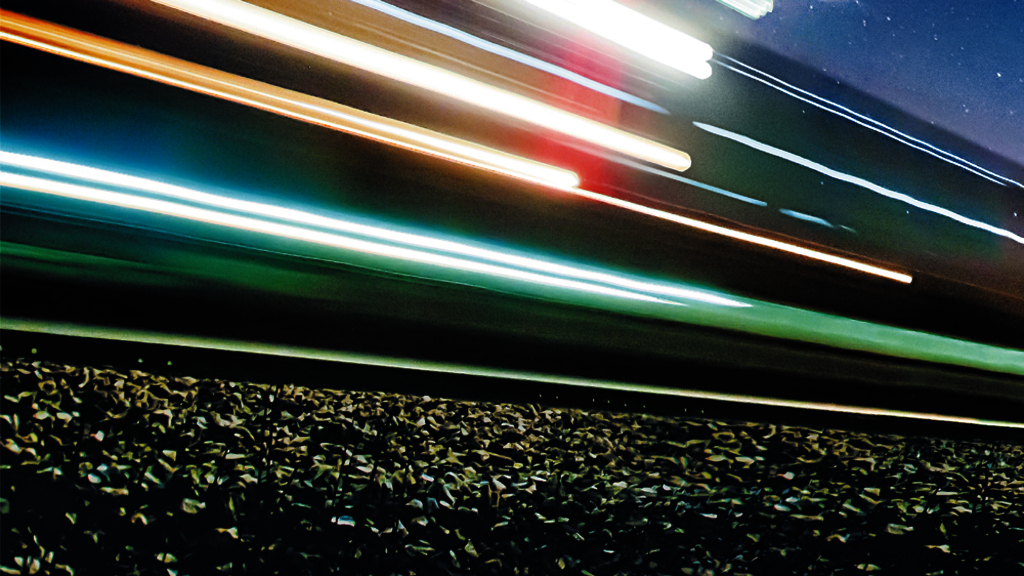 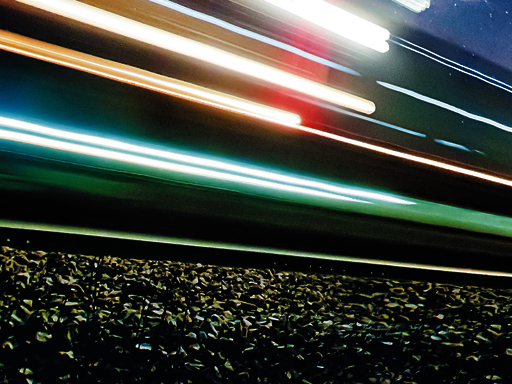 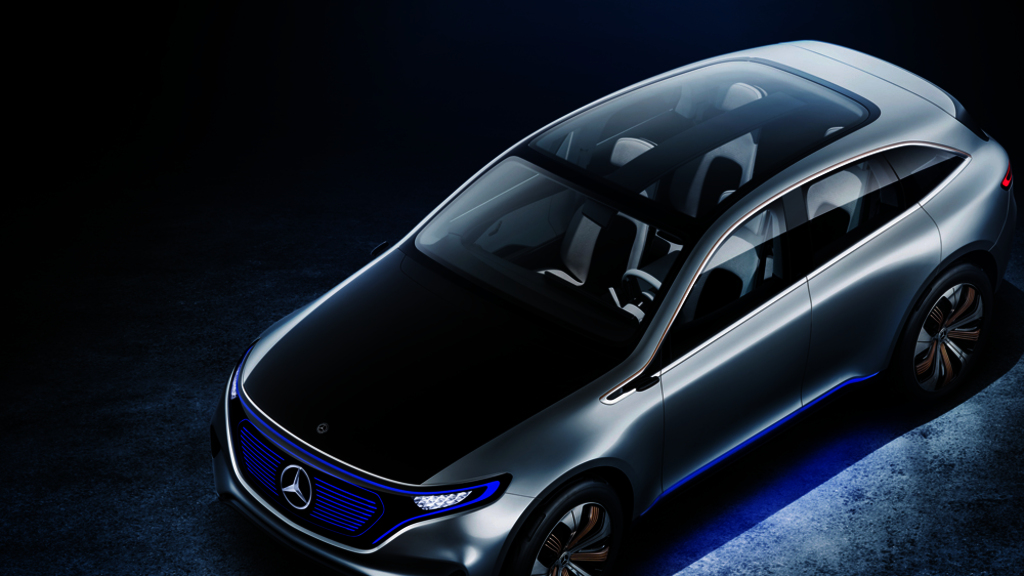 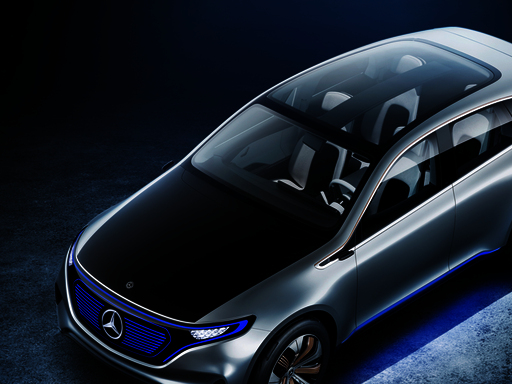 Case study: Daimler
We are committed to play a decisive role in this transformation towards a more sustainable mobility.
Case study 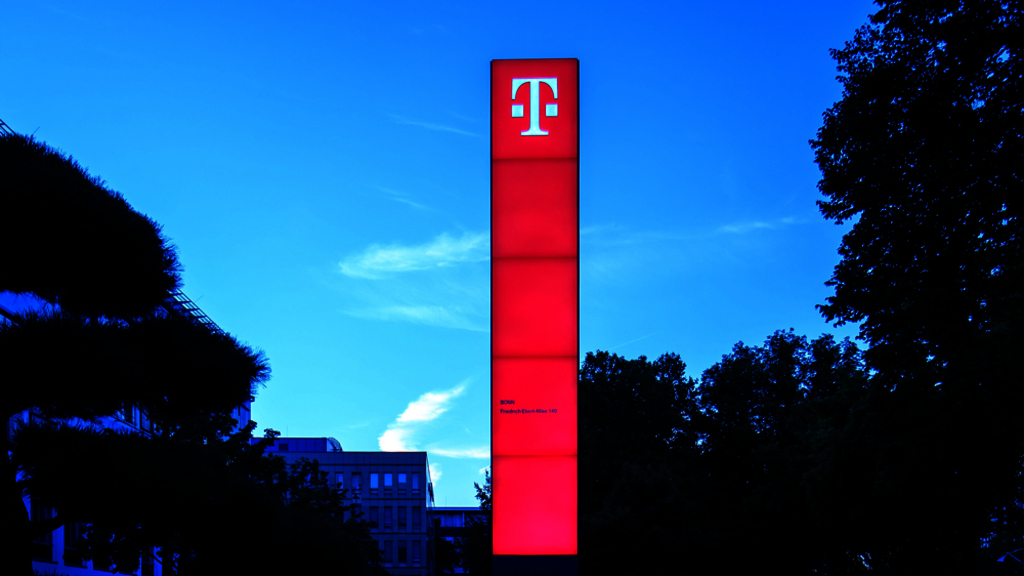 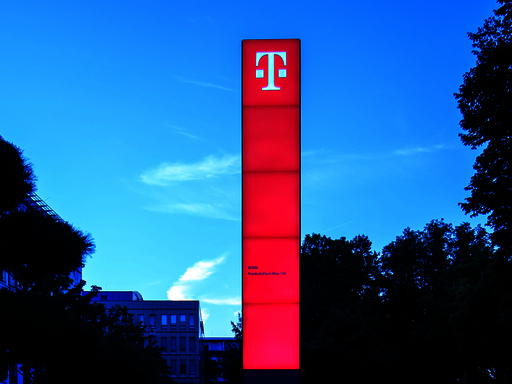 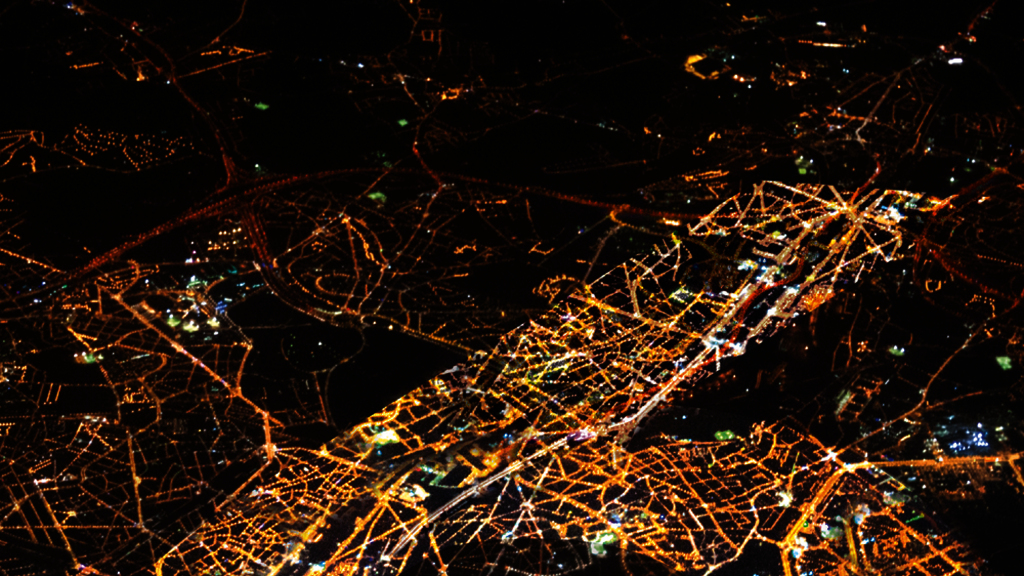 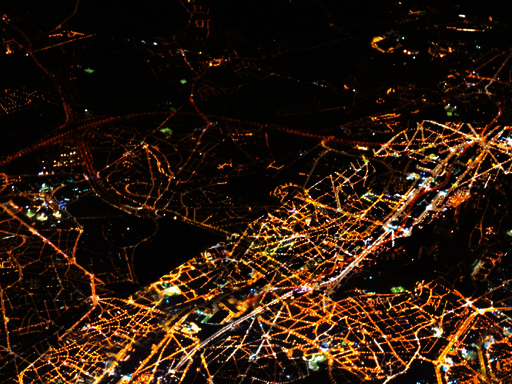 Case study: Kingspan Group
In 2011 Kingspan set an ambitious target to achieve Net-Zero Energy across all of Kingspan’s 90+ manufacturing sites around the world by 2020.
Case study 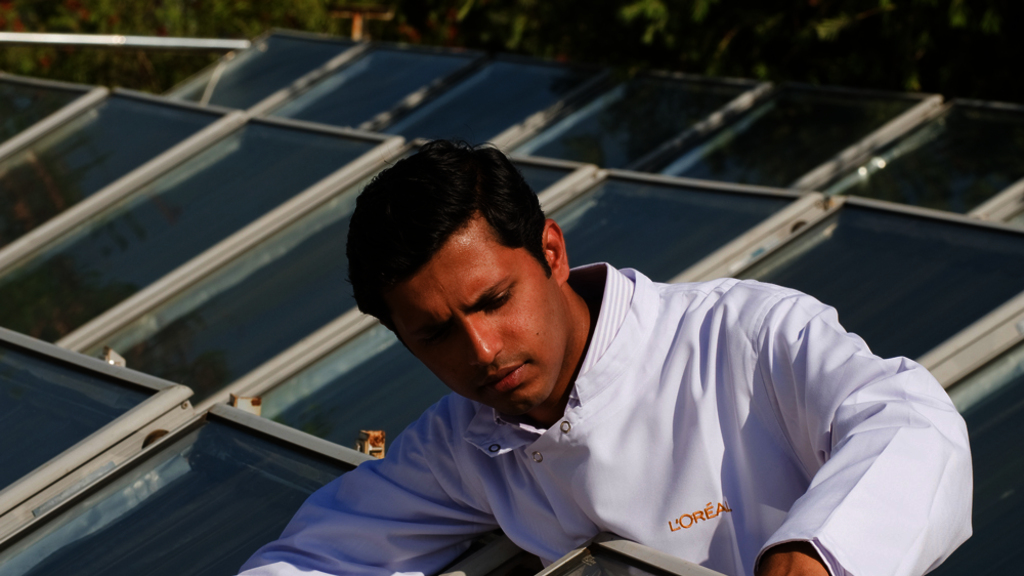 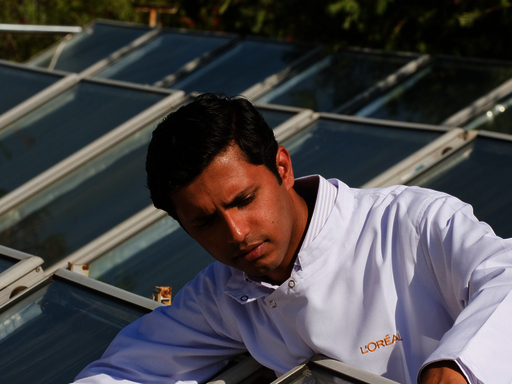 Case study: L’Oréal
Last year, just before COP21, we made a new commitment to become a “carbon-balanced” company by 2020.
Case study 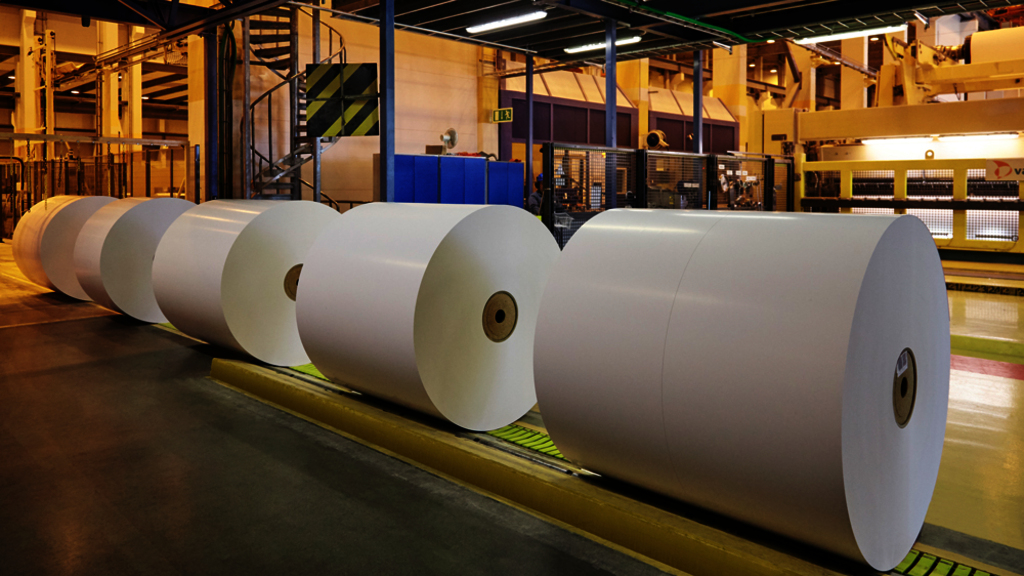 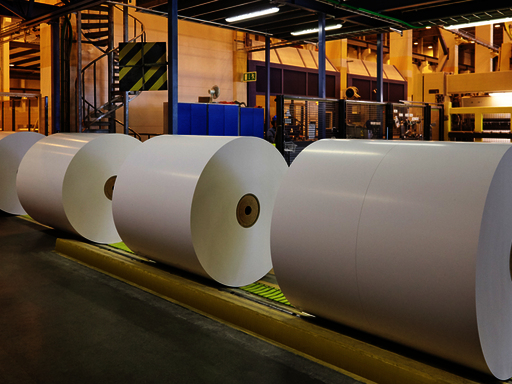 Case study: Metsä Board
The forest industry plays a notable role by offering sustainable products and solutions to help with reaching the goals set.
Case study 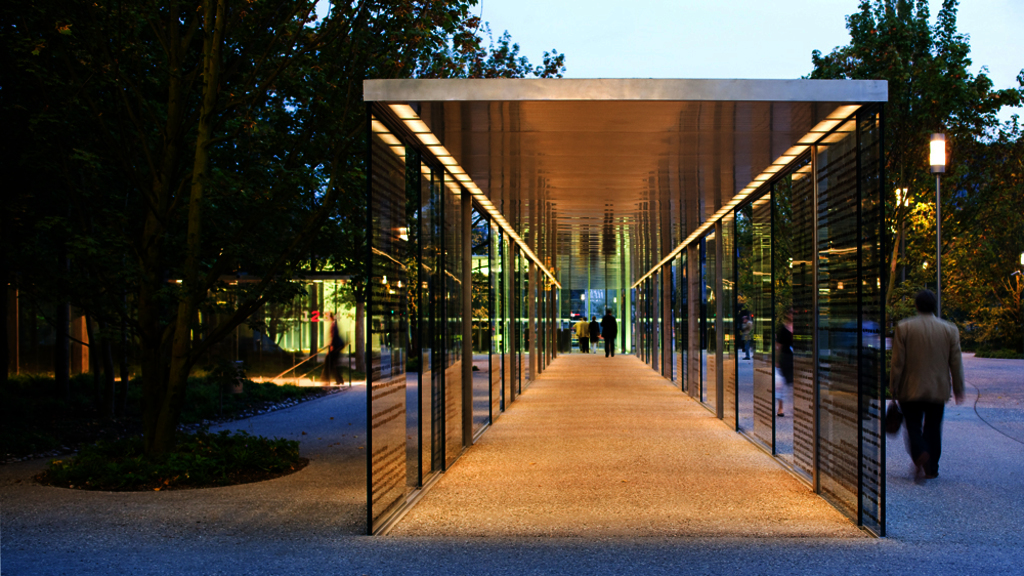 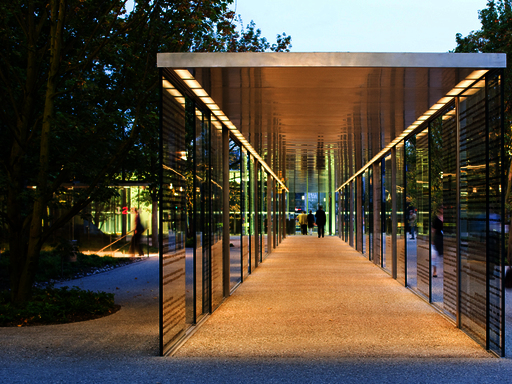 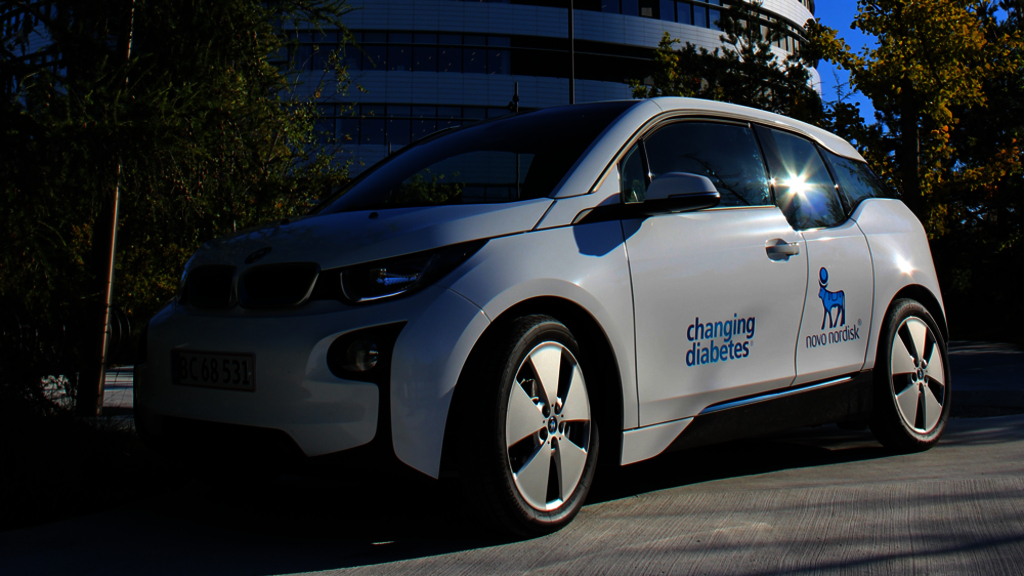 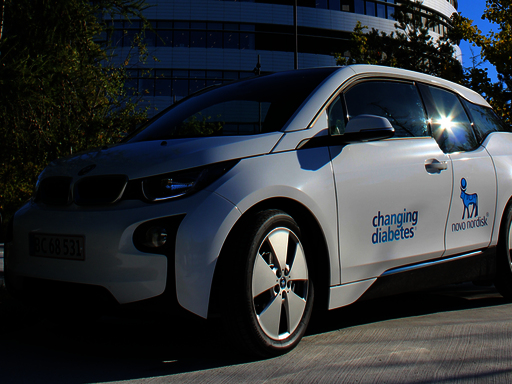 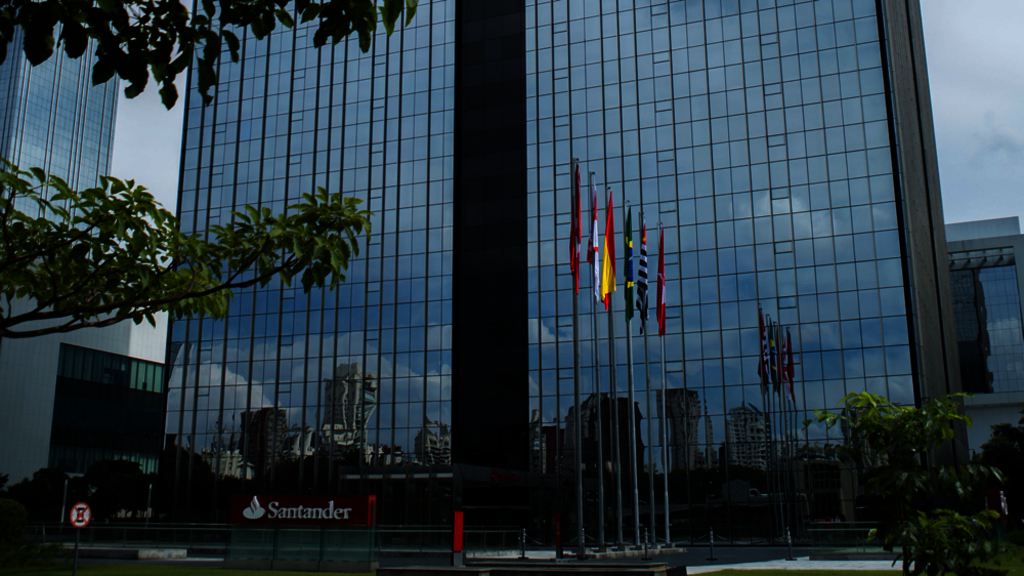 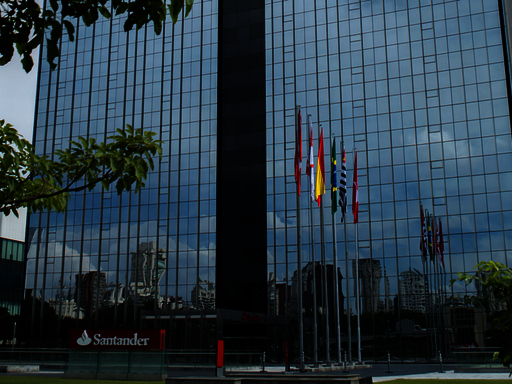 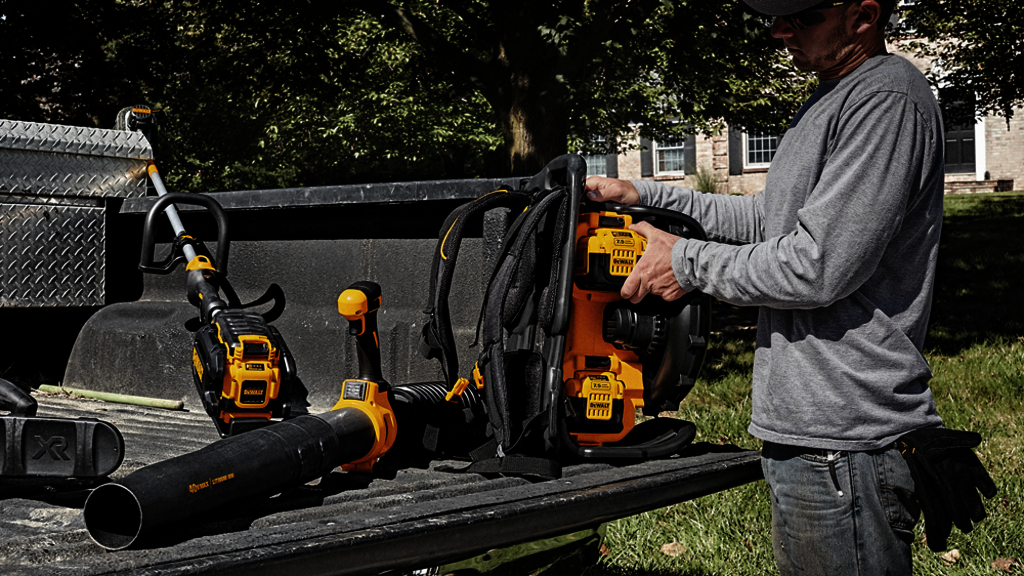 Case study: Stanley Black & Decker
We aspire to be one of the most sustainable companies in the world, and see our inclusion in CDP as an important step in that direction.
Case study
We use cookies to improve your experience on our site. By continuing to use our site you accept our use of cookies. Please see our Cookie Policy and Privacy Policy for details.