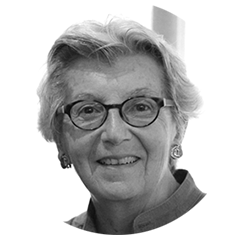 Paula DiPerna is Special Advisor to CDP North America. She is a pioneer of strategic global environmental and philanthropic policy, and a widely published author and commentator on contemporary issues. Paula also serves on the Board of Advisors of Global Kids, whose mission is to develop global citizenship; the Circle of Advisors of Rachel’s Network, which links women philanthropists who have environmental interests; and the Board of Directors of The HistoryMakers, a unique oral and video archive of profiles of African-American leaders in all sectors.

As a leader in the development of carbon markets, Paula served formerly as President of the international division of the Chicago Climate Exchange (CCX), the world’s first cap-and-trade system covering all six greenhouse gases, which also launched the Tianjin Climate Exchange (TCX), China’s first pilot carbon market. She also served formerly as President of the Joyce Foundation, a major U.S. philanthropy, and as a writer, co-producer and Vice President for International Affairs for the Cousteau Society, whose principal was oceans pioneer Jacques-Yves Cousteau, with whose expeditions she travelled around the world.

Find out more about our staff