Celebrating CDP at 20: A Q&A with Rebeca Lima 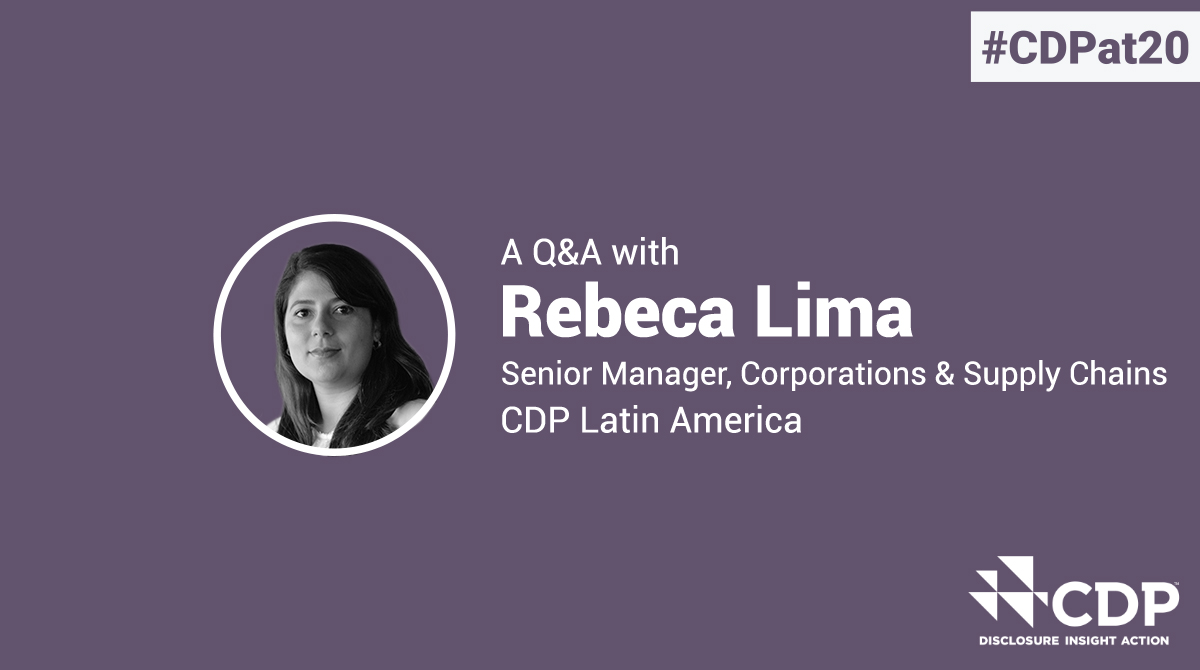 To celebrate CDP’s 20th anniversary, we’re taking the chance to catch up with members of our global team. This year also represents ten years of CDP Latin America, so it’s especially appropriate to hear from their Senior Manager, Rebeca Lima on the past, present and future of environmental disclosure and action in the region. Rebeca joined CDP in 2016 as a project manager for the Latin America workstream of CDP’s forests work through the NORAD partnership, and moved to her current role in 2018, overseeing corporate engagement and operations in the region.

Why do you believe in CDP?

CDP’s unique position enables us to convene different stakeholders, including companies, investors, governments and civil society, around the same table and put environmental data at the center of decision-making process.

What’s your most memorable moment in your time working at CDP?

In 2019, 60 of CDP’s corporate engagement staff from all over the world gathered in the Berlin office for a strategic planning workshop. We spoke different languages and came from distinct backgrounds and realities, but we were all united by the urge of fighting climate change and making the world a better place. It was incredibly energizing and we left with lots of new ideas for driving further corporate engagement and action.

How have you seen CDP evolve since you started working for the organization?

Our scope has increased significantly, both in terms of the variety of stakeholders we work with and the diversity of themes we help them address. Disclosure is becoming increasingly integrated. For example, companies that used to only disclose on climate change are increasingly concerned about their impacts on forests and water security too. At the same time, companies are realizing the significance of their indirect impacts along the supply chain, and are increasingly taking accountability and working together with smaller stakeholders with fewer resources to enact change. This very positive as all companies have a role to play in solving the climate crisis, and we need a variety of expertise to do so.

What do you think is CDP’s greatest accomplishment over the past 20 years?

One of CDP’s greatest accomplishments (there have been many!) was its role in supporting the establishment of the Task-Force on Climate Related Financial Disclosure (TCFD), which released its first guidance in 2017. The guidance represents a significant milestone in engaging the private sector with the climate change agenda. Regionally, launching the CDP Climate Resilience Index Brazil this April was hugely significant, as it’s the first dedicated climate resilience index in Latin America. 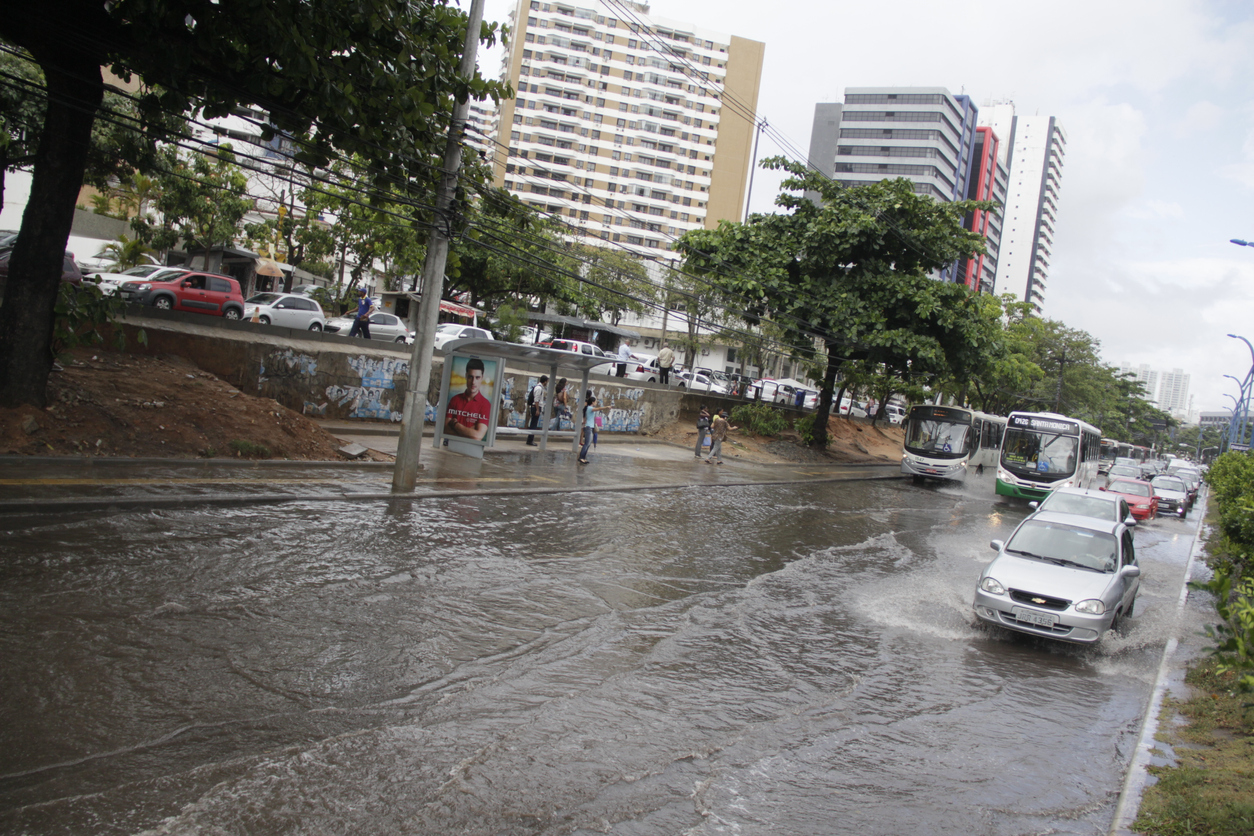 How would you summarize CDP’s 20 years of impact?


In the last 20 years, corporate environmental disclosure has gone from margin to mainstream. I’d summarize our impact by suggesting that CDP has been central to driving and facilitating this huge expansion of disclosure throughout the world in the past two decades. Only 245 companies responded to the first CDP questionnaire in 2002, but in the 2019 disclosure cycle, there were over 8,400 companies disclosing! CDP has been central to disclosure becoming a business norm.

20 years since launching, how has CDP stayed relevant?

CDP has stayed relevant through evolving its approach and its ability to translate the most recent scientific knowledge into concrete practices and guidance.

What do you think has been the biggest challenge to CDP’s mission over the past 20 years?

The biggest challenges have been times of political resistance and the failure (or refusal) to accept and take action on climate change. Thankfully, disclosing companies send out strong messages both to their peers and political leaders, and the need for robust environmental action is increasingly accepted as a business norm.

And what do you think will be the biggest challenge in the next 20?

One of the biggest challenges will be scaling-up climate changes solutions, so that access to information and technology is not limited to the biggest companies and governments but accessible to smaller, and more vulnerable, private and public organizations. My hope for the next 20 years is that quality environmental data will become both more mainstream and inclusive. 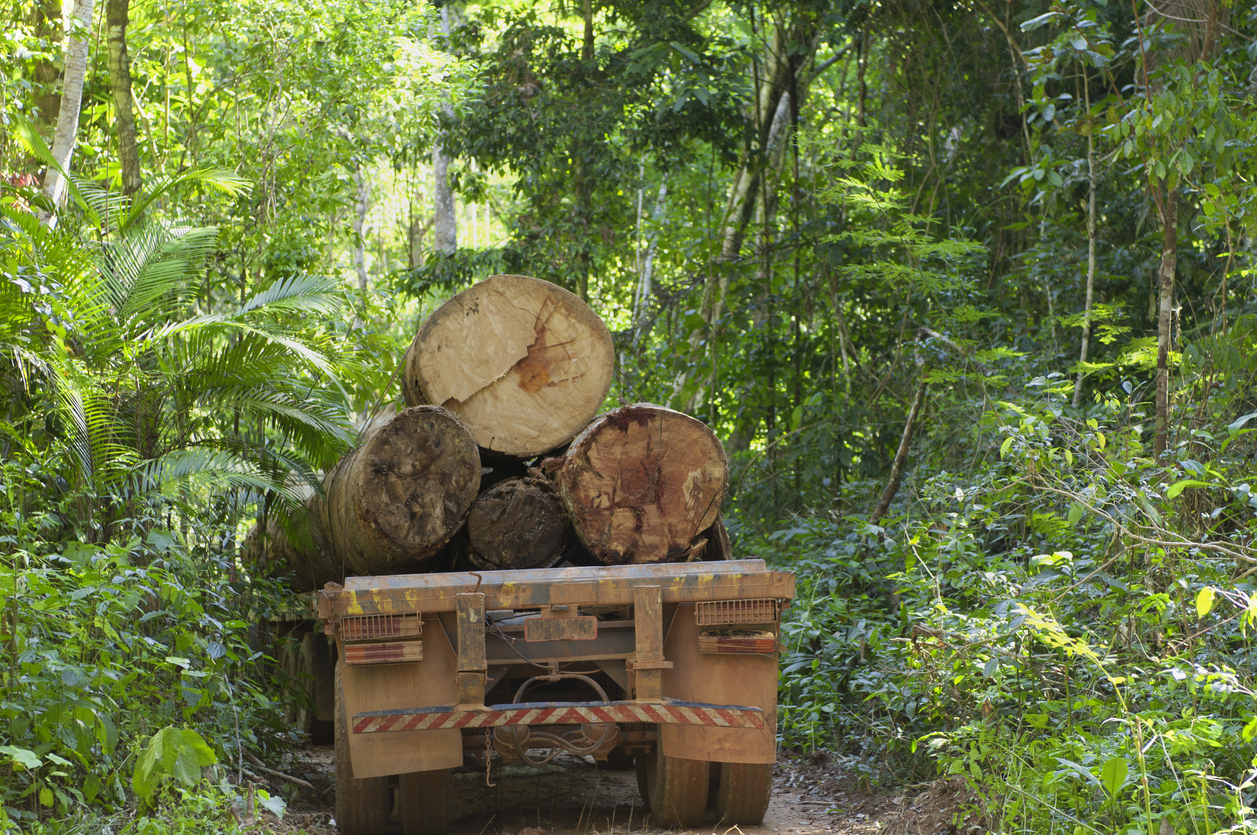 What has been your proudest accomplishment during your time at CDP?

Despite all the challenges imposed by COVID-19 on the economy, politics and public health we have had a record-breaking year for corporate disclosure through the CDP platform. Stakeholders understand that we can’t build a truly resilient economy unless it is environmentally sustainable, and are more engaged than ever in the fight against climate change. CDP’s work has hugely important implications for the green recovery.

Why should a company or city in Latin America start disclosing through CDP?

You can’t manage what you don’t measure. Companies, cities, states and regions must join the leaders disclosing through CDP in order to take informed action on environmental impacts and risks and establish the conditions for sustainable growth.

What is the single most important thing people should know about CDP?

Engaging with CDP is the beginning of a one-way journey towards organizational self-knowledge and positive environmental impact.

Finish the sentence, ‘I work at CDP because…’

I work at CDP because of its mission to build a truly sustainable economy that works for people and the planet.

In one word: what does CDP mean to you?