Setting a high standard for economic and climate leaders


Petaling Jaya was one of three municipalities within Greater Kuala Lumpur selected to develop a Climate Action Plan in collaboration with The Carbon Trust and government organisations in Malaysia. The city’s Low Carbon City Climate Plan, launched in 2015, sets out a GHG emissions reduction target of 30% from a 2014 baseline by 2030, shifting the growing commercial hub towards becoming a sustainable city.

Energy use in commercial and industrial buildings account for 63% of Petaling Jaya’s GHG emissions, and the city’s climate action plan sets a target to reduce commercial and industrial energy use by 25% in 2025, and a further 25% by 2030. To deliver on this ambition, the city has benefitted from a tool launched in 2008 for any new developments in, the city - the Green Building Index. The design of Akitek Malaysia (PAM) and the Association of Consulting Engineers Malaysia (ACEM), GBI bolsters developers to design and construct greener, more sustainable buildings.

Ranked from GBI Certified to GBI Platinum by an independent panel of senior architecture and engineering professionals, new developments are assessed on their energy and resource efficiency, with 126 registered as GBI certified buildings since its launch in 2008. By requiring developers to meet these standards, the city is directly implementing its climate action plan, seeing savings of 288,402 tCO2 and approximately Ringgit Malaysia 207 millions. And developers benefit from GBI certification being internationally acclaimed, with the scheme affiliated and compliant with World Green Building Council (WGBC) standards. They are also seeing higher resale value in the longer term as well as lower utility bills and superior indoor air quality.

Dato Mohd Sayuthi B. Bakar, The Mayor of Petaling Jaya said "Accounting for such a high proportion of our city's GHG emissions, it is logical and sensible to prioritise making our buildings more efficient. Changing resident's behaviour, enabling them to adopt sustainable lifestyles is much more achievable if green technology can be applied to the earliest stages of building development. The results we have seen so far are the success of all stakeholders, from City Council to our people." 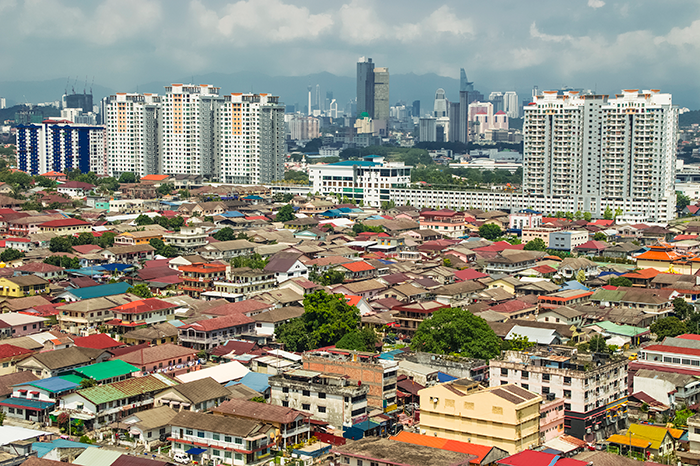 The environmental benefits reaped by the development of resource efficient infrastructure can go beyond new commercial developments, particularly when citizens are increasingly aware of their environmental impact and the role they can play in building a climate safe future.

Setting a reduction target of 4 kilotonnes CO2 per year for residential buildings, the city is empowering citizens to play a part in building such a future by offering assessment rebates on utility bills to homeowners running their properties sustainably. The only local council in Asia to launch such an incentive for homeowners, the Petaling Jaya Homeowners Low Carbon and Green Initiative has waived MYR414,380 or USD101,700 for 1,240 households in the city up to 2018.

And participating households are held to high standards, evaluated on their use of energy, water and waste. Energy saving points are rewarded for installation of solar panels and heaters, at least 70% LED lighting, roof insulation and reduced use of electricity. What’s more, rainwater harvesting, composting systems and use of hybrid vehicles and public transport are also rewarded, with rebates on the costs attributed to these household tools.

The initiative has significantly changed residents’ behaviour, with its popularity and impact burgeoning since its launch – in 2018, 605 households participated compared to just 49 in 2011. These 605 households have seen combined savings of MYR211,005 or USD51,787.

For its popularity and impact, the project has been heralded as best practice, chosen by the Ministry of Energy, Science, Technology, Environment and Climate Change (MESTECC) as a pilot project for the implementation of the Green Technology Application For Low Carbon Cities. As a result of this recognition, the example set by Petaling Jaya is being followed by other Malaysian local authorities, in line with the Government of Malaysia and the United Nations Development Programme’s aim to have this implemented nationwide.

Since it gained city status in 2006, Petaling Jaya has embedded planning for a climate-safe future into its foundations. By pioneering building infrastructure centred around the need for urgent decarbonization, the city is demonstrating ambition far above its years, and the role cities and industry can play in leading the low carbon transition. Indeed, the major metropolis has come a long way in cementing itself as an example for others in Malaysia and across the globe to follow.