When the lungs of the planet are on fire and we are seeing cities around the world being hit by increasingly severe hurricanes, it’s hard to escape the urgency of climate change. The science tells us that we need to limit global warming to 1.5 degree Celsius. This requires massive and rapid change to our systems of energy, industry and infrastructure. Cities have the potential to play a crucial part in making this transition happen, and many of them are working towards ambitious climate goals. Cities can meet these goals much faster, if they enlist the help of the private sector.


In fact, a city can only go so far without the private sector’s support. For example, when retrofitting its building stock, it’s important for a city to also address the commercial and private sector; or, when transitioning its vehicle fleet to electric vehicles, cities will only have limited success without corporate fleets also making the shift. In addition, environmentally ambitious companies will have learnings to share with cities.

Through our disclosure cycle, CDP takes the pulse on non-state actors’ climate action. A closer look at 2019 data from 5 regions across the globe unpacks the patterns of urban authorities’ response to climate change and highlights the key role that city-business collaboration is playing in the low carbon transition.

The demand for public-private partnerships

In fact, more than 60% of cities disclosing to CDP are already engaged in city-business collaboration, and we are seeing continued demand for partnerships across stakeholders. This is particularly clear in Africa and Latin America where almost a fourth of our disclosing cities are currently developing climate-related public-private partnerships or intend to establish one in the next two years.

As the energy sector is crucial to address in any climate strategy, it is not surprising to see that in most regions, the largest share of business-city collaborations occurs within this sector. 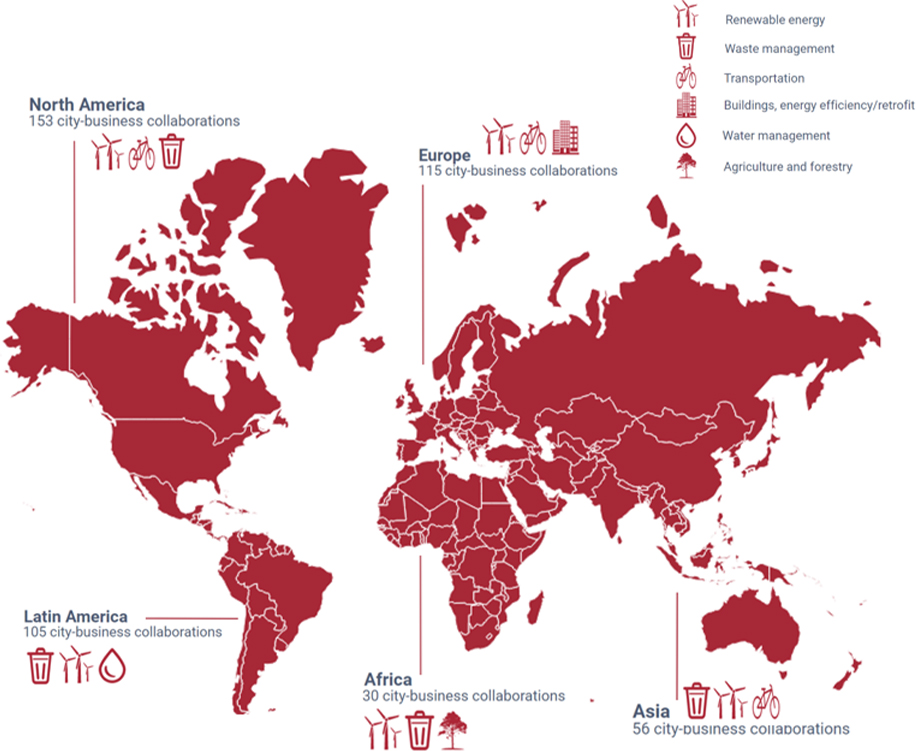 Figure 1: City-business collaborations around the world reported by cities in 2019

Where finance is needed

Although we have seen accelerated action in cities toward decarbonization, the scale of change required remains substantial. CDP’s dataset sheds some light on the financing gap for sustainability projects currently planned by local authorities. Out of the $96.9 billion in project value disclosed by cities in 2019, $25 billion will still have to be secured. Given that cities don’t always report their entire finance gaps, this number is likely to be an underestimation of the actual need for climate finance. Increased funding for city climate initiatives will be required to drive down emissions and adapt to climate risks.

A deeper look at project values per city in different continents offers new insights {see Figure 2 below}. For example, 41% of the projects disclosed by Latin American cities are currently seeking full funding, compared to only 14% in Europe. On average and per project, African cities disclose projects requiring more capital than cities in other regions - highlighting a funding gap in a region seriously threatened by climate change. 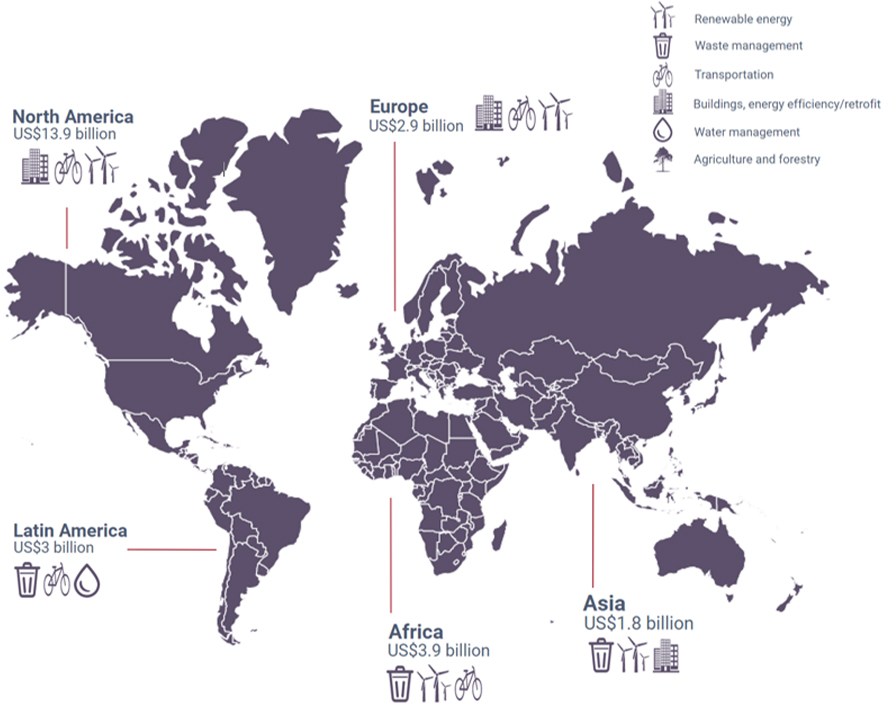 This trend is even clearer when it comes to the need to adapt to the changing climate. 43% of adaptation related projects– with many focusing on green space development, biodiversity conservation and local food production are currently seeking full funding.

Key initiatives to tackle the mismatch between cities’ need and the flows of climate finance are emerging. On the occasion of the UN Climate Action Summit 2019, the Leadership for Urban Climate Investment (LUCI) initiative was announced. It seeks to strengthen the capacity of 2000 cities in project preparation, creating 1000 bankable climate-smart urban projects by 2030 while building new, innovative financing mechanisms.

Furthermore, the Global Covenant of Mayors together with the Government of Luxembourg and Germany announced the launch of the City Climate Finance Gap Fund. This fund aims to raise more than EUR 100 million in grants to unlock investments worth at least EUR 4 billion in urban climate infrastructure projects, supporting the preparation of more than 500 low-carbon and/or resilient infrastructure projects in cities in low- and middle-income countries. The City Climate Finance Gap Fund will support cities and local authorities ‘project preparation activities and CDP will play a key role in identifying relevant projects for the Gap Fund.

Indeed, the CDP Cities database represents the largest source of self-reported information on non-state actors’ climate action. With 9 successful years of cities disclosure behind us, the picture is getting clearer. Using these sources of information will help us understand what works and what can be done to strengthen the capacities of our city changemakers.