The Keystone XL pipeline extension, proposed by TC Energy in 2008, was initially designed to transport tar sands oil to market.

As an expansion of the company’s existing Keystone pipeline system (Southern portion or Gulf coast project), which has been operating since 2010, the pipeline promised to dramatically increase capacity to process the 168 billion barrels of crude oil locked up under Canada’s boreal forest. It was expected to transport 830,000 barrels of Alberta tar sands oil per day to refineries on the Gulf Coast of Texas. 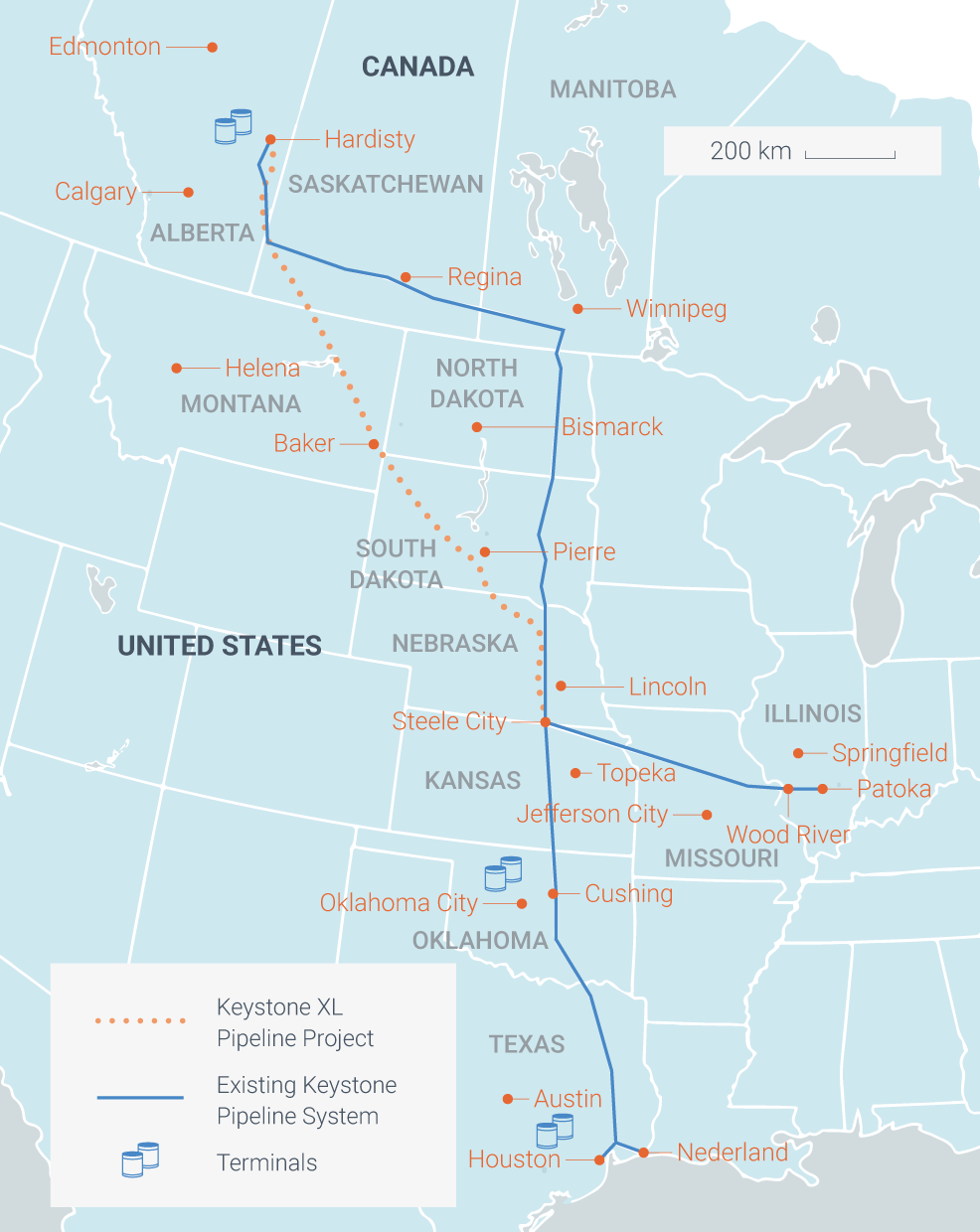 Tar sands oil is thicker, more acidic, and more corrosive than lighter conventional crude, increasing the likelihood of leaks. It has been estimated that the original pipeline system (southern portion) has leaked more than a dozen times since it went into operation in 2010. Complicating matters, leaks can be difficult to detect and more difficult to clean-up than conventional crude. People and wildlife coming into contact with tar sands oil are exposed to toxic chemicals, and rivers and wetlands are at particular risk from a spill.

In April 2020, a critical water permit for the pipeline was withdrawn by a federal US judge and in June 2021, TC Energy formally cancelled the project following President Joe Biden’s denial of a key permit on his first day in office.