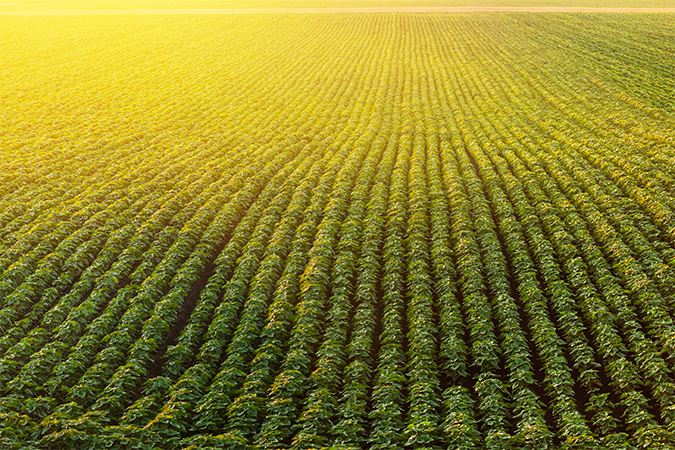 The UN's International Day of Forests is held annually on March 21st to raise awareness of the ecological, economic and social importance of forests worldwide. On this theme, this blog focuses on the importance of global forests to the emerging economic superpower of China, asking one simple, yet fundamental, question; how does a country of 1.38 billion people feed itself in a sustainable way?


Food security has always been closely tied to China's economic success. Today, decades of economic growth have enabled far greater access to food for a huge portion of the country’s population, allowing China to reduce the number of its citizens classified as undernourished by the FAO by half from 1990 to 2015.

However, this economic boom also unleashed demographic and environmental trends which have hampered China’s domestic agricultural production, including a growing urban middle class which has driven demand for meat products, and the degradation of agricultural land and water sources due to the pollution from China’s rapid industrialization.

Although China’s leaders have historically committed themselves to food self-sufficiency, these recent trends have led to an increasing recognition that China must rely on food imports. In 2005 China was importing $6 million of food. A decade later, the figure had risen to $300 million.

China’s increased reliance on imports has, in turn, posed new questions for Chinese food security, and nowhere are these dynamics clearer than in the case of soy.

Driven primarily by increased meat consumption on the part of its rapidly expanding middle class, China has, over a relatively short amount of time, become the world’s largest importer of soybeans, with over 95 million tonnes of the oilseeds crossing into China in 2017 alone.

These trade flows have forged important links with soy producing countries, particularly in South America. Around 60% of China’s soybeans come from Brazil and Argentina.

This is only set to grow. According to the FAO, Chinese meat production could reach 24 million tonnes by 2027.

As it attempts to meet this demand, and step in to replace falling US imports following recent increases in tariffs between the US and China, Brazil is set to become the world’s largest soybean producer. It could represent as much as 41.8% of global soy production by 2027.

What then are the environmental implications of China’s need for South American soy?

Put simply, soy production has been identified as one of the main drivers of deforestation and the destruction of native vegetation in South America.

Take the Brazilian state of Mato Grosso, identified as one of the most important agricultural regions in the world, and home to 29% of Brazilian soybean production. Recent studies found soy cultivation to be a leading driver of deforestation in the region which has in turn lead to increased risk of flooding, the loss of crucial biodiversity and soil degradation.

These processes in turn place severe pressure on soy crops; substantial forest loss has already caused soy yields to drop by up to 60% in some parts of the Amazon, while some studies have predicted that Brazil could lose 30-34% of its area for soy cultivation as soon as 2030.

Deforestation is fundamentally linked to climate change effects. Scientists have estimated that deforestation accounts for around 11% of all GHG emissions as carbon dioxide is released from felled trees. 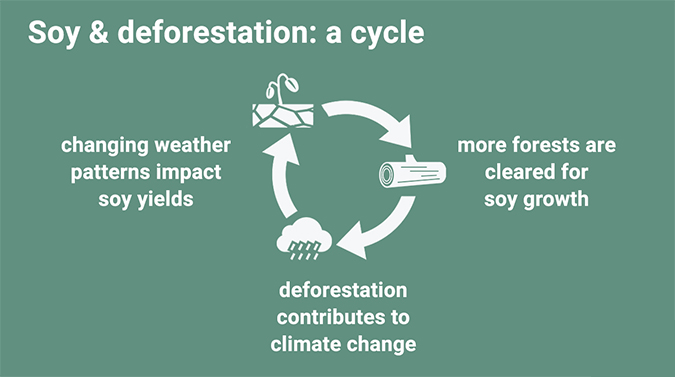 The problem here should be clear; China’s appetite for soy threatens to undermine its own soy supply chains. But with soy demand still growing, what steps can the world’s most populous nation take to ensure its food security?

Encouragingly, China is well placed to act on deforestation and has the opportunity to take advantage of many already existing policy and technological solutions to tackle the threat of deforestation to its agricultural imports.

China can leverage its existing position as a leader in green finance and investments and South-South cooperation initiatives, aligning this role with sustainable international trade by shifting capital to land based solutions to climate change, which, according to scientists could provide up to 30% of climate solutions despite currently receiving only 3% of funding.

China could also help to enhance corporate transparency by expanding the recommendations of the Belt and Road Ecological and Environmental Cooperation Plan beyond the projects covered by Belt and Road Initiative.

Mainstreaming these recommendations, which aim to ‘facilitate the disclosure of corporate environmental information’, would be a significant step toward helping companies, suppliers and investors to understand the risks of deforestation.

For example, in 2018, 42 out of 86 (49%) companies that disclosed on soy through CDP identified a forests-related risk within their operations with the potential to have a substantive financial or strategic impact in their operations.

Lastly, China’s role as a key global importer of agricultural products enables it to exercise a great deal of power to work bilaterally and multilaterally with soy-producing countries.

Examples here might include measures to increase the traceability of agricultural products, enhance joint satellite monitoring of deforestation the Amazon, and share learnings from China’s successful Natural Forest Conservation Programme, which has recovered nearly 61,000 square miles of forest in mainland China.

China has then a series of often readymade and achievable solutions to the dilemma of soy, enabling it to square domestic demands with its prominent international role in the fight against climate change; all that is required now is to make these changes before it is too late.

If you would like to read in more detail about this subject, CDP’s policy team has prepared a policy briefing document focused on China’s soy trade ‘Aligning China’s Development Strategies and Commodity Trade to Achieve a Sustainable Soy Supply Chain’, which can be accessed by the public here. The UN’s International Day of Forests is March 21st.