Shoring up the future

Rising sea levels and water stress bring real challenges for The Hague, the largest Dutch city on the North Sea. As the international city of peace and justice, the city is used to dealing with complexity and the city’s approach to tackling climate change is among the most ambitious in the world.

Divided into eight official districts, The Hague is setting meaningful steps to be a climate neutral city in 2030. The city is taking a collaborative approach to meeting this aim, with a cross-stakeholder approach, working with housing corporations, NGOs, industry, regional and national government.

It is little surprise The Hague has such ambitious targets as national targets are driving the whole of The Netherlands to be climate neutral by 2050.

With its goal to reach this same ambitious goal twenty years earlier, The Hague is looking to clean energy solutions to achieve this aim. In fact, it aims to get the 40% of its energy use from city-wide renewable energy generation by 2030 and plans to source the remaining 60% of its renewable energy needs from the national grid.

The Hague has invested in off-shore wind energy to power 8,000 households. The city also currently has a municipal purchasing agreement in place to purchase 100% renewable energy from the national grid.

With the latest IPCC science on 1.5°C offering a clear warning, The Hague offers a shining example of climate leadership.

In addition to this, the city is conducting feasibility studies to explore geo-thermal energy and is working closely with housing associations to transition to gas-free housing.

The city government is also actively encouraging residents to install their own solar panels, even giving schools subsidies to do so.

While the city gets smart on energy, it’s also considering water risks. With The Hague’s population forecasted to rise by more than 30,000 people by 2022 the demand for housing is sure to rise in tandem. The city expects to grow by an additional 100,000 households within the next 15 years, all of which will contribute to increased water stress.

Water quality is a serious concern for the city, due to difficult-to-remove herbicides and pesticides from farming and hormones in the drinking water.

In response to water scarcity the city wants to diversify the city’s water supply and is looking for a third source of freshwater alongside on top of the current use of groundwater and surface water from the river Meuse.

With 11km of coastline along the North Sea, The Hague cannot escape the threat of rising sea levels. Since 2016, it has been a member of the 100 Resilient Cities program. As part of the program, the city has mapped its vulnerability to coastal flooding with flood modelling. This shows that in the case of a flooding event, large tracts of the city could be underwater to a depth of 2.5m.

With 6,500 square kilometres of The Netherland’s land already reclaimed from the sea, this is a risk that the Dutch have been successfully abetting for years and The Hague has been working with town planners to shore up its future.

“As a major Dutch seaside city, The Hague’s minimal elevation above sea level is certainly a cause for concern. We know that sea levels are rising each year, and so the city is working hard to develop new technologies to protect infrastructure, businesses and, most importantly, the lives of our citizens.” Martin Andriessen program manager for the energy transition at The Hague. 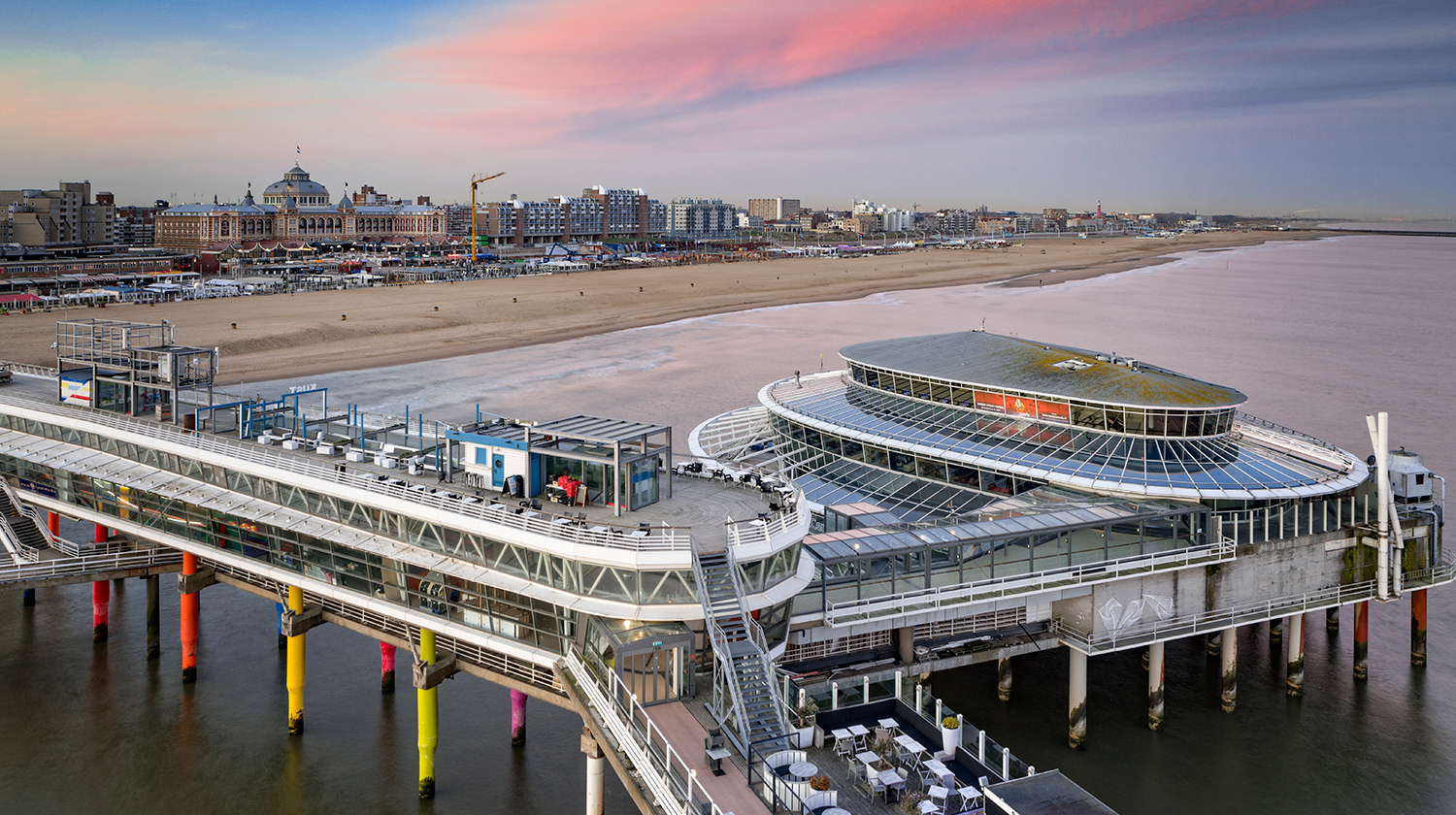 In the seaside resort of Scheveningen the city has built a new multi-purpose boulevard; improving the appearance of the waterfront and protecting the city from flooding. Invisible to the average citizen, a kilometre-long dike can be found beneath the boulevard, offering another layer of protection from the proverbial wolf at the door.

Another astounding solution is the city’s ‘sand engine’, which is in operation at Ter Heijde, south of The Hague. This strengthens the coast by depositing and replenishing sand on a hook-shaped peninsula, measuring 2 km in width and stretching 1 km out to sea. This forms a physical barrier against the rising seas.

From high tech to nature-based solutions - the city is also making use of green pavements which integrate concrete and grass in a honeycomb structure and support drainage. This is being encouraged by a national movement called ‘Operation Steenbreek’. Green rooftops and green space at Zuiderpark and Slachthuisplein are another way that the city is increasing soakage and carbon capture.

It’s clear that the city of diplomacy has a vision for the future which promotes strong action to ensure that the city reaches its goal of climate neutrality by 2030 and remains a viable place to live. The Hague’s environmental policy is a shining example of technological solutions to climate change, forward-thinking on urban planning and fierce ambition and there are lessons here for cities the world over.